Because the 1998 fifty year anniversary events held at Laguna Seca and Watkins Glen were such emotional, artistic and financial successes Porsche wanted to do more, so along with Brian Redman they scheduled what they called the Porsche Rennsport Reunion. The Reunion was this past weekend and Porsche Cars North America and Brian Redman put on a spectacular event at Lime Rock. While not as grand in total number of cars the Lime Rock Porsche Rennsport Reunion was a wonderful event with lots and lots of wonderful Porsches. Because it was not held in conjunction with something like Steven Earl‘s historic weekend it was a much more intimate event. It was more like Brian’s 50/50 held at the Glen in 1998. There were many 956s and many 962s… maybe more than at Laguna Seca in 1998, I don’t know. But at least they got more of them on the track than they did at Laguna Seca. They claimed that they had 23 of these cars at Lime Rock and that this is the largest gathering ever. 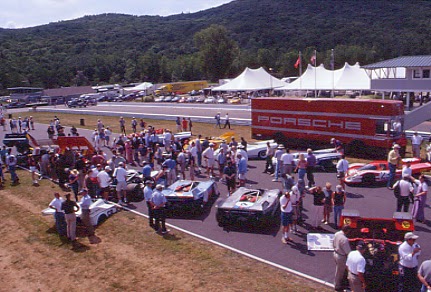 The event actually ran from Wednesday July 25 through Sunday July 29, 2001. Wed started with registration and media rides and interviews and practice by race group. Thursday was more of the same, but with a technical seminar in the evening featuring Alwin Springer (Porsche Motorsport North America), Norbert Singer (Father of most of Porsches race cars after the 917) and Klaus Bischoff (the Porsche Museum Curator and former race mechanic). We didn’t get in until Wednesday evening so we missed all of that early fun and started with Friday‘s activities. Both PCA club racers practiced as well as the historic cars.


One of my highlights of the weekend, that is aside from just being there, happened Friday after noon when I got to take tow hot laps with Hurley Haywood in the Brumos 917/10. All that I can say is WOW, what a unique driving (riding experience). On that little tight course it felt more like riding on a roller coaster than in a car. After that I also got to ride with Brian Redman in a 996 and at that much reduced pace I could actually get a feel for where the course went. I asked Brian what he thought of the course and he said it was rough and not at all well suited for the 962s and 956s as poor Fred Schwab would later find out.

Roger Penske drove both of the 917/30s that were there, the factory museum car and the car that Dave Morse had and recently sold to the guy in Virginia. He said that the car that was Dave’s was a much better car than the factory car. He was great! He put several laps on both cars and ran right until we ran out of time at 6:00 PM.


After the days activities Friday there was a Friday night dinner for all the entrants and honored guests. This was Brian’s dinner and most everyone was there. Large group that was a lot of fun.

There were historic cars from all over. The factory brought about ten cars from their Museum, Brumos had a bunch of cars there. There were several other collectors with marvelous collections of cars, and lots of people with two or more cars.

Dale Miller was there with two of his 909/03s that he has been putting together for the past couple of years. Dale drove the one that he built for Rudy Junko and that Rudy raced at Laguna Seca last year. Rudy has lost interest and sold the car back to Dale. The other car was the one finished last fall that is in Martini colors and owned by Phil Daigrepont from New Orleans. Right now there are four of these cars that Dale has Jerry Woods and Big Ron Gruener building, two done and two still in the works. Both Jerry and Ron were there for the race, to have fun and support the cars. The cars both ran great and Phil qualified first for his race group. Both cars looked great out there, but Dale was a lot more cautious than Phil and not a contender.

Bruce Canepa and his guys were there with Bruce’s 917/10 and his 935. Bruce ran in the same race with his 935 as Phil with his 908/03. Even though Phil out qualified Bruce, Bruce had the last laugh. Bruce turned up the boost and blew by Phil’s 908 right at the start finish line on the last lap and took the victory. Phil was second and another friend, Henry Payne, placed third with his 907 long tail coupe.
Another friend, Jim Newton, was also there with a bunch of cars both for club racing and for Roy Walzer for the historic stuff. Roy had a 911R, a 911ST, a 914/6 GT and something else. Newton also had his own car a 2.8 RSR that he drove in the Club racing part of the event.

Saturday night Porsche Cars North America had a small intimate dinner for all of the Porsche celebrities, guests and the press… that’s how I got in. There were about eighty people at this dinner and you almost had to be someone to be there, or at least be with someone to get in. This was a really nice even and even I was introduced as a celebrity… wow.


Rob Dyson told an interesting story about his car the first air cooled 962 for IMSA racing. They had put it away in 1986 when they quit racing it. They had to take a wall out and lift it out with a fork lift. They cleaned it up and tuned it up for the weekend.

Brumos received the most carnage for the weekend: Fred Schwab whacked their 962, Paul Newman was in an accident, not of his own fault, in their 914/6 GT and sustained serious collision damage. Something else blew up all on Saturday. Bob Snodgrass, President and CEO of Brumos, apologized for being late to diner Saturday night, but he said he had tried to hang himself in the trailer, but the rope had broken.
Fred Schwab wasn’t the only PCNA executive in trouble, Rich Ford, Executive VP of Marketing had the factories road going GT1 off course big time. He thought that he had gotten away with his indiscretion, but he had picked up a load of dirt while of course and dumped it right at start finish for everyone to see. He thought that he had gotten away with it until I told him I saw that he had had a problem with the GT1. He said that he was glad that he hadn’t done it where everyone could see. That was when I told him about the dirt cloud display at start finish.

Sunday was the final event a Concours for the race cars that had participated in the weekend’s race or exhibition events. I was fortunate enough to be invited to judge the 935s and my Co-Judges were Norbert Singer and Judy Boles. We had a great time, and Picked Bruce Canepa’s 935 as our winner, our second place car was a Joest 935 and our third a Kremer K3.

While I was with Norbert Singer I asked him how long he had until retirement. He said a little over three years. So I asked if there were any fun projects coming up and he smiled, got the magic twinkle in his eye and said yes. He would tell me no more. But I traded that knowledge into what I can only guess is what Porsches racing future might be. The stillborn car from a couple of years ago was code named Black Beauty. McNish drove it in September 1999 and said it was good. The rules will change for the WSC class for 2004 and maybe then we will see some car based on Black Beauty or at least the V10 engine from that car in a car racing again... lets hope!

Another Special moment for me was after the Concours judging when I went to the Porsche Hospitality Chalet. We had about a half hour between the judging and Sunday’s lunch and awards banquet. When we walked in Brian Redman and Jack Ickx were sitting at a table reminiscing, as more and more people showed up this became the Brain and Jacky show… great entertainment. Had Brian not been such a great race driver I am sure that he could have made a living as a stand up comedian, he is great. At first he told Jacky Ickx stories and they were all funny. He said that when he first started driving with Jacky that Jacky was twenty and he called him the Brussels Sprout.

They told about racing at Le Mans with Ferrari. Jacky had qualified the car they shared on the pole. Brian said that Jacky came to him before the race and asked Brain to start. Brian asked why and Jacky said that he would race and he know that Brian had preached that a 24 hour race is not a race it is an event. Brian said that there were 10 prototypes and at the end of his first stint they were tenth. At 22 hours they were leading the race, but unfortunately the car broke in the 23rd hour.

Brian told another story about the two of them again with Ferrari, this time at Nürburgring. The team orders were that if one of the Ferraris was leading at half way the other team members were not to pass. Towards the end of the race the same aggressive Italian, who Ickx was afraid he would race with earlier at Le Mans was attempting to catch and pass Ickx and Redman. On the others cars last pit stop the three largest crew members pried his fingers from the steering wheel and pulled him out of the car so that his co-driver who would follow the team rules could finish the race. Our Duo won the race and Jacky said that he had never heard the story about their competitor being forced from the car. The entertainment progressed from racing stories to Brain reading us from the Stanley Holloway Monoloques. The first he actually had memorized. All and all a wonderful weekend. 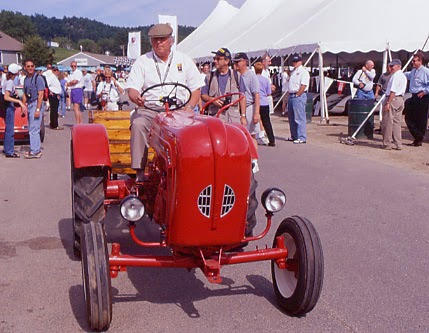 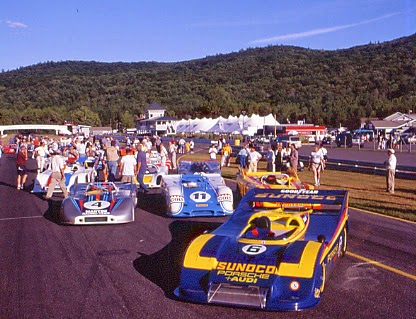 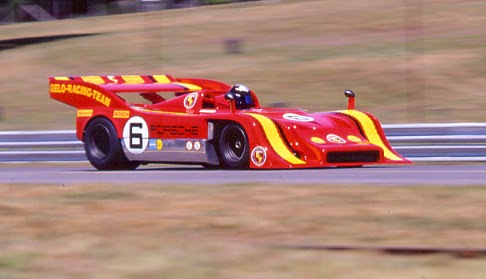 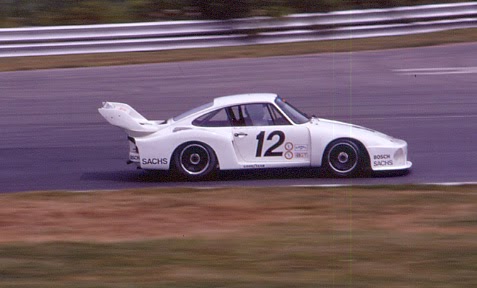 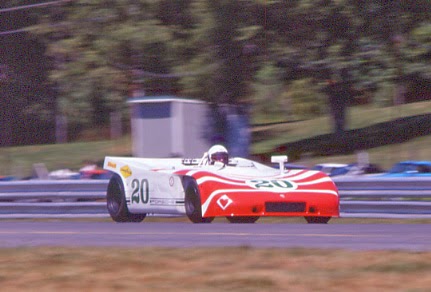 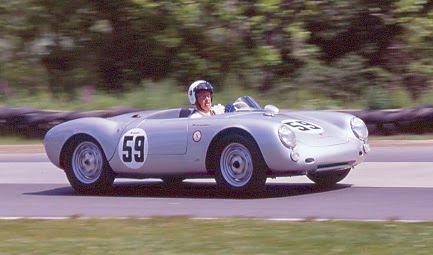 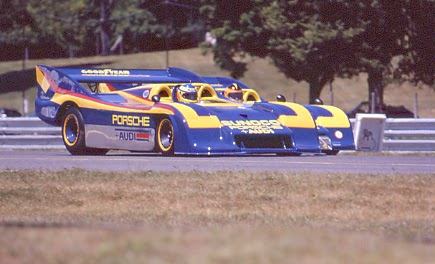 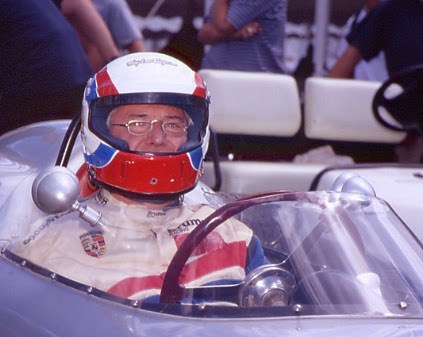 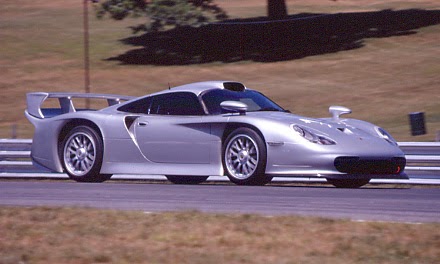 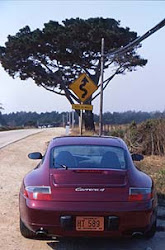